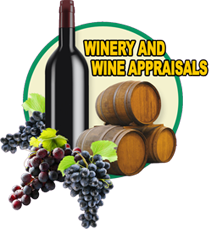 Tom DiNardo is Winery & Wine Appraisals is an expert witness and consulting wine expert who has met the “Daubert Qualification” in federal court proceedings, and specifically Court Rule 702. As a Daubert Qualified Expert, Mr. DiNardo has worked with law firms, lawyers, insurance companies, and individuals in consulting on the following legal matters: (1) rendering expert opinions of value; (2) providing appraisal reviews (i.e. reviewing another appraiser’s flawed work); (3) rendering Cause and Origin Investigations and Reports; (4) providing Scope of Damage Evaluations and Reports; (5) testified as a Wine Fraud Investigator; (6) addressed Counterfeit Wine Identification; (7) consulting with lawyers and law firms in pre-trial litigation; (8) assisting lawyers in the writing the questions to be used in Interrogatories and Cross Examination; (9) and providing consulting expert testimony. Please feel free to download a copy of the wine expert witness Tom DiNardo’s curriculum vitae and rate sheet.

Summary:  Tom DiNardo worked as a contracted spirits and wine appraiser. His role later evolved, and I served as an expert witness and wine consultant on behalf of the Defendants (Behr Construction). Mr. DiNardo consulted directly with the law firms of Northrup-Schleuter (i.e. Dave Schleuter) and Yoka and Smith (i.e. Martin McMahan) on this 2.5 million dollar wine loss claim and case.

Summary: Mr. DiNardo worked as a consulting wine expert on this particular case, and Tom DiNardo later appeared as an expert witness on behalf of Royal Wine Merchants Ltd. He worked directly with the legal defense team on this $600,000 dollar, highly publicized, wine fraud and counterfeit wine identification case.

Summary: Mr. DiNardo’s role as spirits & wine appraiser and testifying Daubert Qualified wine expert in this complex legal case was extensive. For over two years Tom DiNardo worked as a wine consultant, wine appraiser, and claim loss investigator with the legal defense team on this particular case. He worked directly with the Chicago law firm of Sullivan, Hincks & Conway (i.e. Attorney’s Dan Sullivan and Matt Barrette) on this $2,040,000.00 dollar wine loss claim and case. Fascinating Note: This is the first case that Mr. DiNardo had been involved in which the opposing counsel for the Plaintiffs had adopted my professional conclusions and opinions as their own.  As a result Tom DiNardo later appeared as the sole testifying wine expert witness on behalf of both the Plaintiff (Cellar Advisors now Domaine Storage) and Defendants (Flagship Logistics Group) on March 18, 2016.

California Wildfires Update:  In 2016 PG&E paid approximately 350 million dollars to settle a one billion dollar fire loss claim in Butte County, California. In 2017 a total of 18 wildfires broke out in both Napa and Sonoma Counties. PG&E was found  to be the proximate cause and responsible for approximately 9 billion dollars in damage for seventeen of the Napa fires and Sonoma fires (not including the Tubbs Fire which was #18).  In 2018 “The Campfire” occurred in Paradise, California (Butte County), and again PG&E was deemed to be the proximate cause of approximately 15 billion dollars in damages. Additionally, the “Woolsey Fire” and “Goleta Fires” occurred in southern California which also caused hundreds of millions of dollars in damages. During 2019 California experienced 6,872 fire incidents alone, and again Napa fires and Sonoma fires took their toll on people, properties, and wineries and the wine profession.

In late 2017 Winery & Wine Appraisals was contacted just after the Napa fires and Sonoma fires had been extinguished. As company founder Tom DiNardo predicted back then, “It will only be a matter of time before a winery comes froward with a “Smoke Taint” claim case arising out of these wildfire insurance loss claims”, especially those wildfires that occurred in Napa and Sonoma counties. That time is now upon us and Smoke Taint claims are a common problem. Recently a New York based law firm began representing a hand full of Northern California wineries that are alleging damaged wines due to smoke taint. Winery & Wine Appraisals is actively investigating and working on these smoke taint cases on behalf of our clients.

Share this to social networks by clicking on an icon below.

Hiring A Wine Expert to Appraise Your Wines